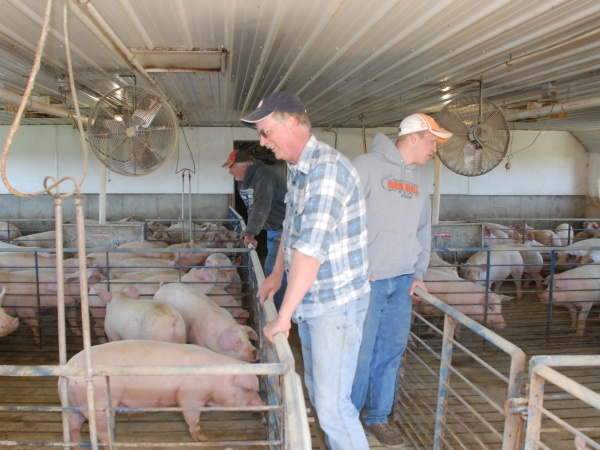 Pig Farming: Then vs. Now

Farms certainly look different today than they did two generations ago. Growing knowledge, ongoing research and the adoption of technology have all played a role in helping farmers advance to do a better job of growing and raising food.

Pig farmers have adopted modern practices out of concern for animal well-being, food safety and the environment based on sound science and input from numerous experts. In fact, some pig diseases have even been eradicated. Pig farmers have successfully applied lessons from the past to develop better farming methods today. Here’s how:

OLD: Animals were raised both indoors and outdoors. Animals were vulnerable to extreme weather, injury, predators and illness.

NEW: Animals are raised indoors and protected from injury, illness and predators; with comfortable temperatures year-round.

OLD: Pigs were treated in response to disease and illness.

NEW: Many approaches are used to prevent, control and mitigate risk for animal illness and disease. There is also better identification and treatment of individual sick animals.

NEW: Now, awareness and prevention, such as dust management and tree buffers to mitigate spread of farm odors, are used with better manure management.

OLD: Most farms raised pigs from birth to maturity – no specialty among farms.

OLD: Smaller, higher fat content and an average of 200 pounds with 2.86 inches of back fat.

OLD: Diets were largely unregulated, including grass, clover and even table scraps.

NEW: Sophisticated systems are used to capture, control and use manure as fertilizer.