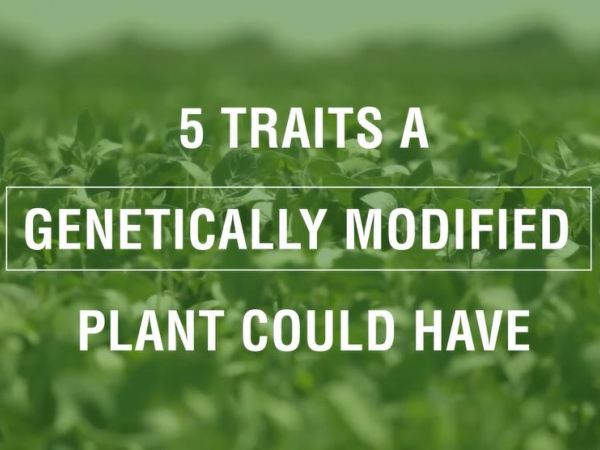 Hi-tech food for a Hi-tech world

Bioengineered crops (also known as genetically modified organisms or GMOs) have been grown for nearly two decades and have proven to have many on-farm benefits including less pesticide use and a smaller impact on the environment. Beyond that, GM foods help decrease food waste and can even offer consumers greater nutritional value in some cases.

Humans have been modifying plants for centuries using various methods of plant breeding and selecting for desired traits. Bioengineering (a.k.a. genetic engineering, biotechnology, gene modification) is just one of the ways we can modify the genetics of a plant. The benefit of using bioengineering is that it can achieve the desired trait with much greater accuracy than other plant breeding methods.

Why modify plants at all?

Crops can be bioengineered with specific “traits” that are beneficial for the farmer, the consumer and/or the environment. A trait is a specific characteristic – just like some flowers are purple and some are red, some plants can be more resistant to threats than others.

Many people think crops grown through bioengineering, or GMOs are bigger than non-GM crops, or taste or feel different, but the truth is that genetic engineering isn’t yet used to make crops grow bigger or to look any different than their non-GM counterparts.

Ten crops have genetically modified (GM) varieties available commercially in the U.S. See the list and learn more from farmers and other experts here.