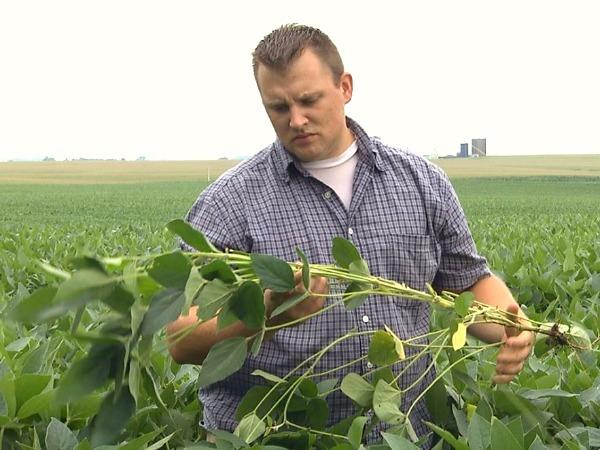 The way I look at it, I’m not the owner of this farm – I’m the steward. Owners have rights; stewards have responsibilities.

I’m 30 years old, but I’ve already had a lifetime’s experience as a farmer. As a fifth-generation Illinois farmer, I grew up on my family’s acreage and now care for it with a long-term perspective that respects previous generations while keeping an eye on the next.
I’m a farmer. But I’m also a father. As I’m growing crops, my family is the standard I weigh everything against. If it’s not good enough for my wife and 3-year-old son, then it isn’t good enough to be on your table either.
When I use agricultural chemicals, I follow strict guidelines set and enforced by the EPA, FDA and USDA. For instance, a pesticide I’ve used to control insects only requires about a soda can full over an area the size of a football field. It’s very diluted – we might spray 20 gallons over an acre, but only 15 ounces of that is actual chemical.
At such low rates, most of what we apply starts breaking down almost immediately. They are designed to not persist in the soil beyond its intended use; I can walk through that field just 72 hours later. I hope every homeowner treating their lawn reads the directions and follows them as closely as I do.
We don’t have city water. We have our own well, which is about 100 yards from a field. This is just anecdotal, but I’ve noticed that people around here are every bit as healthy as people who live in the city. Maybe healthier – despite being right next to where these chemicals are applied.
If people choose to buy organic crops, I don’t have a problem with that at all – I’ve looked into organic farming myself. Shoppers may have religious reasons, or a preference for certain practices, and that’s just fine. There’s room in American agriculture for every kind of farm. People vote with their wallets, the shopping cart is their ballot. The thing is, I want to let them know that we produce a safe, wholesome, nutritious harvest. I’m happy to have them select whatever they want to buy, but I don’t like to think they’re motivated by fear.
Instead, think of the family that might be standing beside a farmer. They set a pretty high standard for safe, nutritious food that will be on their own tables, and your family can expect just the same. 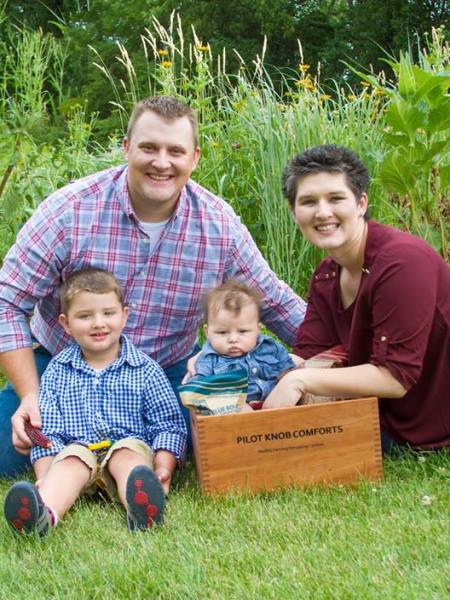 We farm in Oneida, Illinois. I am in the family business with my father, and we farm 1,100 acres of corn and soybeans. My wife Karlie and I work together to market Pilot Knob Comforts popcorn and to raise our kids.