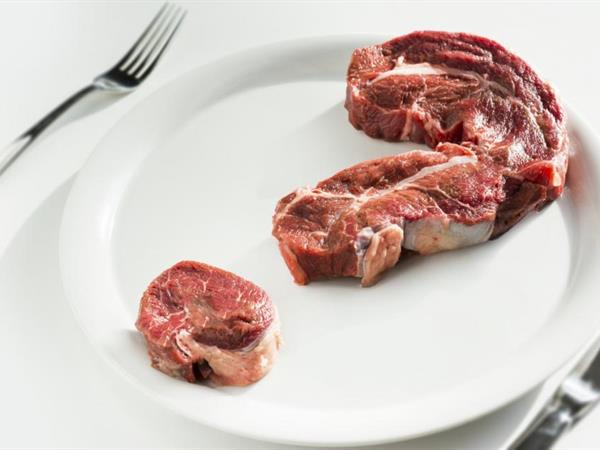 There are no antibiotics in your meat: Now stop

“Restaurant report card grades on antibiotics in meat supply”
If you’ve been on social media or any news website over the past couple days, chances are you’ve seen the above headline, or something darn near close to it. Along with the headline above, CNN’s version of the story highlights include: “New report examines antibiotics in meat supply at 25 U.S. chain restaurants.”
The problem is that’s not really what the report reviewed.
The report, which was released by Friends of the Earth (yes, the same environmental activist group that attacked me in their last report) and the Natural Resources Defense Council, actually reviewed the use of antibiotics in the production chain of “fast casual” restaurants. The report reviewed various chain restaurants and determined which chains monitor and regulate the use of antibiotics in production and which ones do not. The problem, however, is that this has nothing to do with antibiotic residue being found in your meat, as the headlines suggest. Nothing.

There Are Not Antibiotics In Your Meat

The biggest media mistake here is the confusing and misleading headlines suggesting that there are antibiotic residues present in our meat supply. This is simply false.
While it is true that farmers use antibiotics in animal production, this does not translate to consumers eating those antibiotics when they eat meat. In fact, it should come as no surprise that there are specific government regulations which ensure that there are no antibiotic residues in your meat. Antibiotics are only allowed for use in animal agriculture after undergoing a lengthy and thorough review process by the FDA, which focuses on human health.
Animal producers are required to keep records regarding which animals have been treated with antibiotics, which antibiotics have been given, and what dose of the antibiotic was given. Before an animal treated with antibiotics is allowed to be slaughtered for meat, they must go through a withdrawal period. While it varies based on the type of antibiotic given and the dose, this withdrawal period ensures that the antibiotics are sufficiently out of the animal’s system before the animal enters the food supply. For a very excellent discussion of how these withdrawal times are determined, check out this article.
Withdrawal periods ensure that there are no antibiotics in our meat.
And yes, there is testing done and checks done to make sure that antibiotic residues are not showing up in our meat supply. Not every piece of meat is tested, obviously. However, the USDA does do random sampling and keeps track of data they obtain. (You can read more about how this is done for meat, poultry and eggs here.) As veterinarian Scott Hurd explained in his article, which he wrote during Panera’s offensive antibiotic-free campaign for chicken, after looking at that residue data:

Of the scheduled residue samples from 2009-2011, there have been 0.13 percent violations in market hogs, 0.12 percent in beef cattle and ZERO in broilers. For those not mathematically inclined, “zero” means antibiotic free!

US farmers are doing a darn good job of keeping antibiotic residues out of our meat supply! (By the way, I’ve previously explained that there are also no antibiotics in our milk.) Unfortunately, that isn’t the information that people are likely to glean from the news stories that have been circulating.
The reality is, we live in a world of headlines. Most people will never click on the CNN article and read to see what this report actually reviewed, or what information was really being presented, or even that these two activist organizations were behind it. At the very least, shame on the media for using a misleading headline over and over again that will surely confuse consumers into thinking that there are antibiotics in our meat.
There are not. Now stop.

Antibiotic Use In Animal Agriculture

So, what about what the report was really looking at – the use of antibiotics in our meat production?
Yes, it is true that animal agriculture employs the use of antibiotics. Antibiotics are usually used to treat sick animals, treat the herd to prevent animals from getting sick, or in some cases, to promote growth. (You can read more about that here.) The real concern here is about antibiotic resistance building up from the frequent use of antibiotics. (You can read more about that here.) Of course, this is something that should concern all of us, and we should all consider ways we can reduce this resistance from occurring.
That being said, farmers care about preventing antibiotic resistance, too. After all, we want to make sure these important, life-saving medicines will work for our families if and when the time comes.
While they use antibiotics, farmers do take steps to reduce the development of resistance, such as using antibiotics that are not commonly used as medicine for humans. Furthermore, the FDA has been taking steps to reduce the use of antibiotics in animal production, both by phasing out their use in production practices (such as for promoting growth) and making the use for preventing or treating disease under the oversight of a licensed veterinarian. To implement these changes, the FDA is working with the industry and asking the manufacturers of these antibiotics implement them. You can read more about the FDA’s efforts here.
The new FDA regulations are an important first step in slowing the problem of antibiotic resistance. This is a problem that all of us, not just farmers, will need to tackle. We should also recognize there is a difference between using antibiotics to treat sick animals, and using these important medicines simply for production practices. But none of this has anything to do with the report and the misleading headlines – our meat does not have antibiotic residues and consumers should not worry about consuming antibiotics in any animal products. Properly cooking the meat to kill any bacteria — resistant or not — should be the main concern.

But that’s exactly what this “report” and it’s findings were meant to accomplish.

Unfortunately, Earth Justice and the Natural Resources Defense Council have decided to create this list, in hopes that consumers will pressure these companies to stop sourcing meat from farms that still use antibiotics. We’ve seen these types of tactics from the likes of Food Babe, and I don’t think misleading folks is the way we work to make changes in our food policy. Worse, I’m sure their use of a misleading headline was less than innocent. It isn’t at all surprising to me that the report concluded Panera and Chipotle, two restaurants that have a soft spot for unfairly attacking agriculture, got top marks.

Bottom line: There are no antibiotics in your meat!

Amanda is from Southwest Michigan where her family farms 2,000 acres of corn and soybeans. For 26 years, Amanda and her family ran and supplied a roadside market selling their own fresh fruits and vegetables. After graduating college, Amanda attended law school at Michigan State University College of Law and is now a practicing lawyer. She also “ag-vocates” at her blog TheFarmersDaughterUSA.com about issues facing modern agriculture.